The name Blue Planet Club was chosen to bring focus toward the pale blue dot, as planet Earth appears when seen from deep space.  The pale blue dot name was suggested by cosmologist Carl Sagan in hopes that the fragile appearance of humanity’s only home may arouse within us the emotional and spiritual response needed to help us deal with the activities of a rogue species, now causing the deteriorating state of our natural world.  That species is us!

Revolution Of The Young

On Sept. 28/19 a revision of the Blue Planet Governance opening page is made in response to the phenomenon of ‘Greta’, the teenage Swedish girl who has suddenly awakened much of the world to the crisis of our times.  On September 27 the world’s youth triggered large demonstrations around the world. Today's young (and many thinking adults) now recognize that the trajectory of our collective nations’ default, Business As Usual (BAU) way of promoting GROWTH in human-activity, deprives them of a viable future. GROWTH has led us into a world of collapsing diversity, global warming and other dire results.  Global warming is a well-known consequence of using fossil fuels.  Ending our fossil fuel addiction will become one of our priorities as we seek ways to reduce the human footprint on the web of life. As University of Colorado Boulder physicist Albert Bartlett would say: Sustainable growth is an oxymoron!

The time is ripe for change.  But change to what?
Currently we are in a state of TINA - There Is No Alternative!

The goal of the Blue Planet Club is to create an alternative by gathering an on-line community of individuals and organizations concerned about the future of our natural world, guided by three principles:

Page 2 offers one possible example of a way forward.
Page 3 is where one can sign on: To simply support the concepts herein; join the Blue Planet Club and join a conversation on information and ideas leading to the generation of a truly inspiring proposal for how change may be made possible.

Within the surface, the atmosphere and the oceans of our small blue planet, the web of life is sometimes referred to as Gaia, in the spirit of Mother Nature.  During the human evolutionary journey we became the top predator.  In the relatively brief, 250-year, non-renewable fossil fuel era, the top predator has been able to populate virtually every land mass on Earth as our populations have grown from about 1 billion to 7.8 billion. 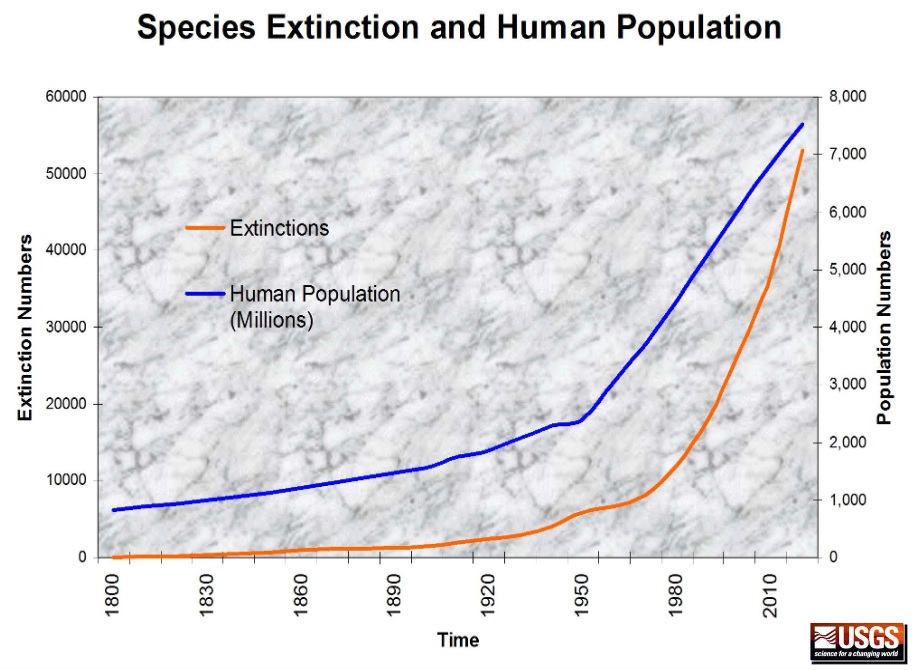 In this period the extinction rate of our fellow species has increased by about the same factor.  Every day the endangered list grows; as the expanding human footprint continues to fragment the Blue Planet’s web of life; as we lose forever many species of plants and animals that comprise the web of life in which we humans are a dependent part.

Clearly, our collective human-activity (human numbers and resource throughput) is far beyond the limits to growth of our small blue planet. GROWTH has become endemic in our industrial societies.  Our corporations measure success by their rate of GROWTH in economic gain for their shareholders.  Our governments measure success as GROWTH in human-activity – more jobs, more people and more resource and energy throughput. And GROWTH in human population is encouraged by some religions.  That we need a change in the nature of human governance is not a new idea:

The industrial context in which we presently function cannot be changed significantly in the immediate future.  Our immediate survival is bound up in this context, with all its benefits as well as its destructive aspects. What is needed, however, is a comprehensive change in the control and direction of the energies available to us.  Most of all we need to alter our commitment from an industrial wonderland achieved by plundering processes to an integral Earth community based on a mutual enhancing human-earth relationship.  This move from an anthropocentric sense of reality and values to a biocentric norm is essential. —Rev. Thomas Berry – 1988 Dream of the Earth

Growth for the sake of growth is the ideology of the cancer cell. —Edward Abbey

Today’s independent national governments fail to respond to our global crisis. Why?

There is no salvation for civilization, or even the human race, other than by the creation of a world government. —Albert Einstein

Einstein’s comment suggests that creation of a Blue Planet Government is what we must do!

There is a growing sense of ecological grief that has helped spawn thousands of rivers of change -  Non-Governmental change Organizations (NGOs) each attempting to bring corrective change to one or another of the vast array of global issues that confront us. Could these rivers of change converge into a comprehensive sea-change?

Page 2 provides an example of a way forward, toward a Blue Planet governance system guided by the three principles:

The governing system(s) must be flexible and capable of thriving in an era of negative growth in human-activity since today’s scientific-based data indicates that our collective ecological footprint is beyond the carrying capacity of the planet, and of most Regions.

To become a member of Blue Planet Club, go to the Endorsement page.
A committee of club members will finalize a model governance design while reaching out to NGOs and individuals, especially today’s young, the generation who inherit the future on our Small Blue Planet - Spaceship Earth.

… or go directly to page 3, and say Yes to membership in the Blue Planet Club:Endorsement page.

Or go to the group's home page to join. 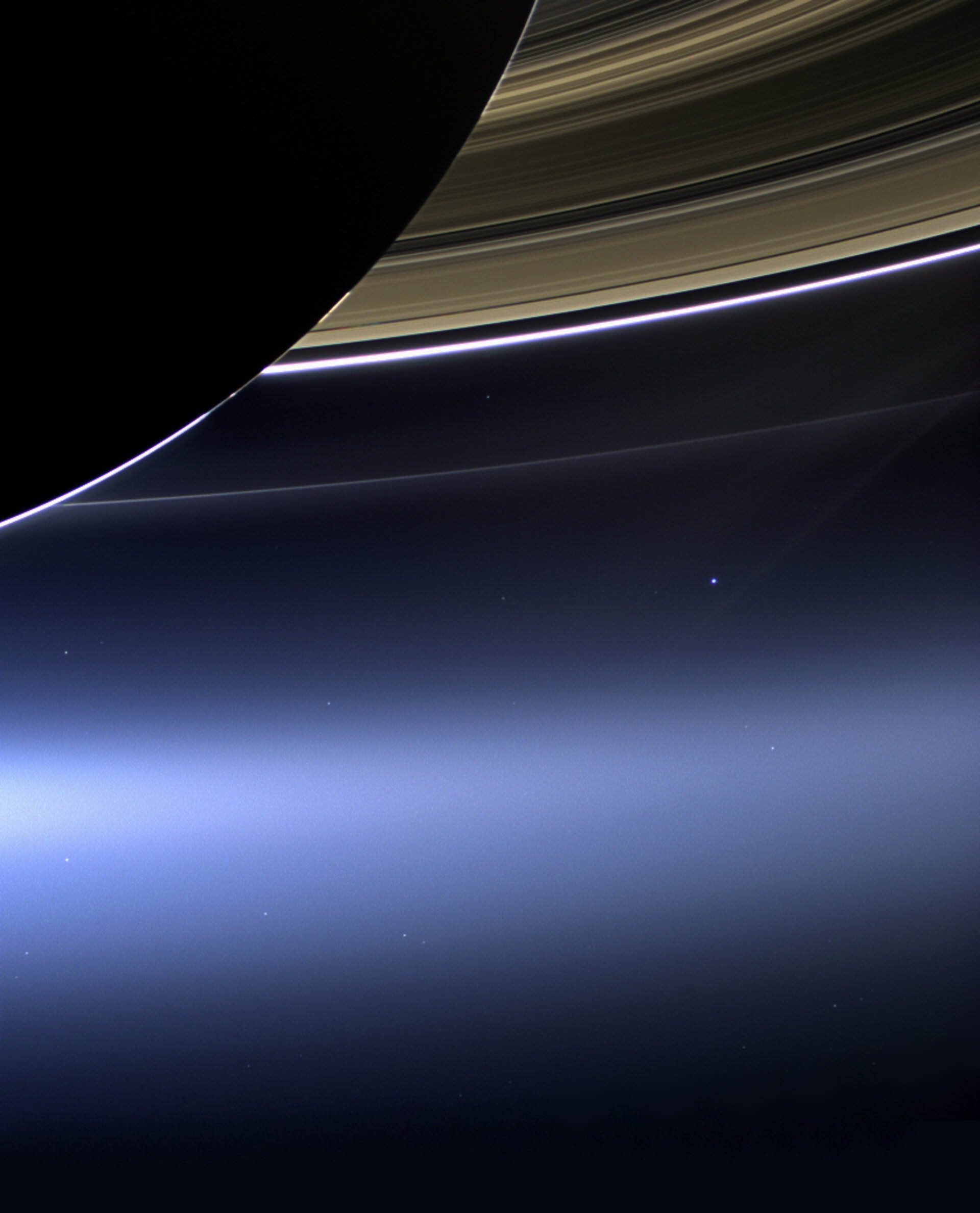 Life's pale blue dot, right of center.
It was once viewed as an illimitable plain
for the taking, and for Anthropocene enthusiasts,
it still is even though it is not.